What is a charity shop and what about its history?

A charity shop, thrift shop or opportunity shop is a retail establishment run by a charitable organization to raise money and sells mainly used goods such as clothes, toys, kitchenware, books, jewelry and so on. A charity shop survives thanks to the donors, who provide the goods they don't use anymore and thanks to the customers, who are thus able to afford everyday items for a reasonable price. The greatest part is when the donor and the customer is the same person, entering the shop with a loaded bag of donations and leaving it with two!

The history of charity shops is more than 100 years old: some researchers say, already in the 1700s there were shops which can be seen as charity shops, but the first real one was set up in the United Kingdom by the Wolverhampton Society for the Blind back in 1899. This shop was selling goods made by blind people to raise money for their organization. After that, the actual raising and the spreading of charity shops took place after the Second World War and nowadays more than eleven thousand charity shops are operating just in the UK.

All these places in the UK and most probably all the charity shops around the world are sharing the same values and the same thoughts about altruism, sustainability, equality, reducing waste production -- and the most important of them, the solidarity economy. This type of economy considers people as citizens and humans before considering them as mere consumers and promotes solidarity exchanges that connect individual needs and community needs. In this type of economy people act differently by sharing, exchanging, using resources and producing sustainable products and services together. This new approach involves alternative daily choices such as consuming sustainable goods, supporting the local economy and making ecologic and social transition a reality for everyone.

The first shop was opened by a social cooperative, the KöSzSz- Közösségi Szociális Szövetkezet, completely owned by the members of the cooperative. During the years this cooperative managed to open 2 other new shops, and they created the first and so far only ‘How to open a charity shop’ course, where they shared all their knowledge and experience with the people planning to open a social business. In the first period almost all newly opened charity shop managers gained their knowledge from these courses, therefore the measures of the quality of the work, just as the main objectives were based on a common understanding among all the charity shops. In the last few years the number of the newly opened charity shops increased, but less and less people are studying on these courses. The quality work and the main goal of the charity shops are missing in several cases, which causes a loss of trust towards the whole sector. In Hungary the government is not supporting in any way these types of shops, unlike in the UK where the government gives tax reduction or free premises as a support. Therefore the survival of these important actors and places of solidarity, truly relies only on the customers, supporters, and the local community, so trust is a key element.

Even though the charity shop culture started 10 years ago in Hungary, we see the lack of information regarding this type of shops, a high number of the people still have prejudices toward these shops or in general toward used clothes, or even misinformation about the goals of a charity shop. Lot of people still believe these places are only for people living in poverty or that one cannot buy in these shops, just receive something as a donation. (In Hungarian the name literally means: ‘donation shop’.) As an important step to make shopping in a charity shop cool and to spread the information about this type of businesses, in some cases the shop has a design part as well (Szia+) or creates online fashion magazines (Filantrópia). In 2014 the network of the Hungarian charity shops organized the first Night of Charity Shops, when all the participating shops were open until 12 pm, with a lot of cultural events related to fashion, circular economy, waste consumption, reuse workshops, etc.. This big event became an important part of spreading the information about the charity shops and deepening the culture of it in the country. Sadly after 6 years, in 2020 this event was also cancelled due to the pandemic, just like in this year. Let’s hope in 2022 there will again be a Night of Charity Shops, with numerous participating shops, as this would mean all of them managed to survive the crisis.

What can a charity shop offer during a pandemic?

As charity shops also function as community places, due to the lockdowns -- and in general due to the social distancing -- they were facing not only economic issues, but also the question: how can they serve their community? Lot of charity shops started to sell online, using their social media pages or creating webshops, using Vatera or ebay, but this way they couldn’t reach or support their community, only the customers. The Filantrópia Charity Shop’s team managed to find a new way to engage the customers: beside selling items online and delivering them, the team created and post produced several videos, creating a brand new virtual connection with the local community, involving new members to the virtual community of the shop. The videos were filmed with simple mobile phones and showed objects from the shop, like clothes and funny sketches to entertain people -- working from home office. The reaction of the viewers was surprisingly good: a very huge part of the followers loved the clips and shared them with all of their friends and acquaintances. This occasion showed at that time -- and still shows nowadays -- how close are the customers, who are indeed not only buyers but human beings, related, connected and linked to the shop, to the people working there, to everything that surrounds them. The positive feedback was a warm reassurance during those difficult times and made it possible to maintain an optimistic and constructive spirit. After the first lockdown, the Charity Shop was opened again and had to face numerous unique challenges, including how customers, staff and volunteers had to be protected. The social distancing and the hygiene measures had been enforced and the acceptance of the donations had to stop for a while. The clients showed their total support by coming and buying objects and clothes from the shop, obviously wearing a mask and taking all the precautions needed. It was really gratifying to see how much they miss the shop, the workers and, above all, to come to this place that is just like a second home to them. The fact that they could meet again with other people they used to see in the shop was another reason for happiness and satisfaction for the workers of Filantrópia. The big community made of youngsters, elderly people, workers, needful people, families, students and volunteers could be finally reached out again! 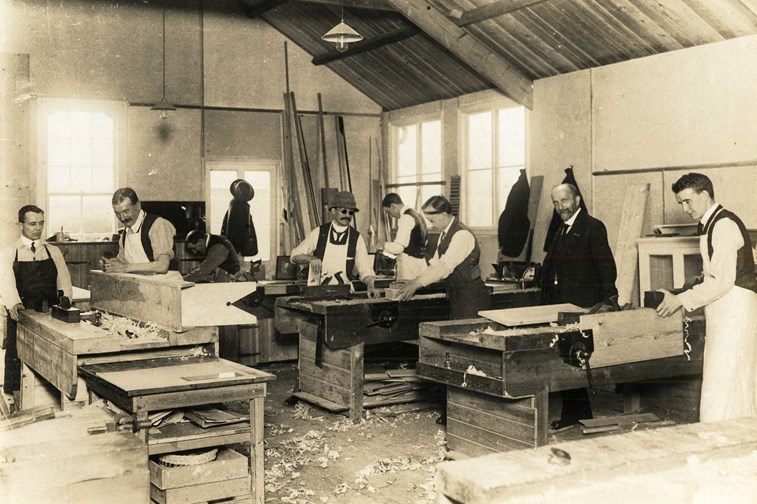 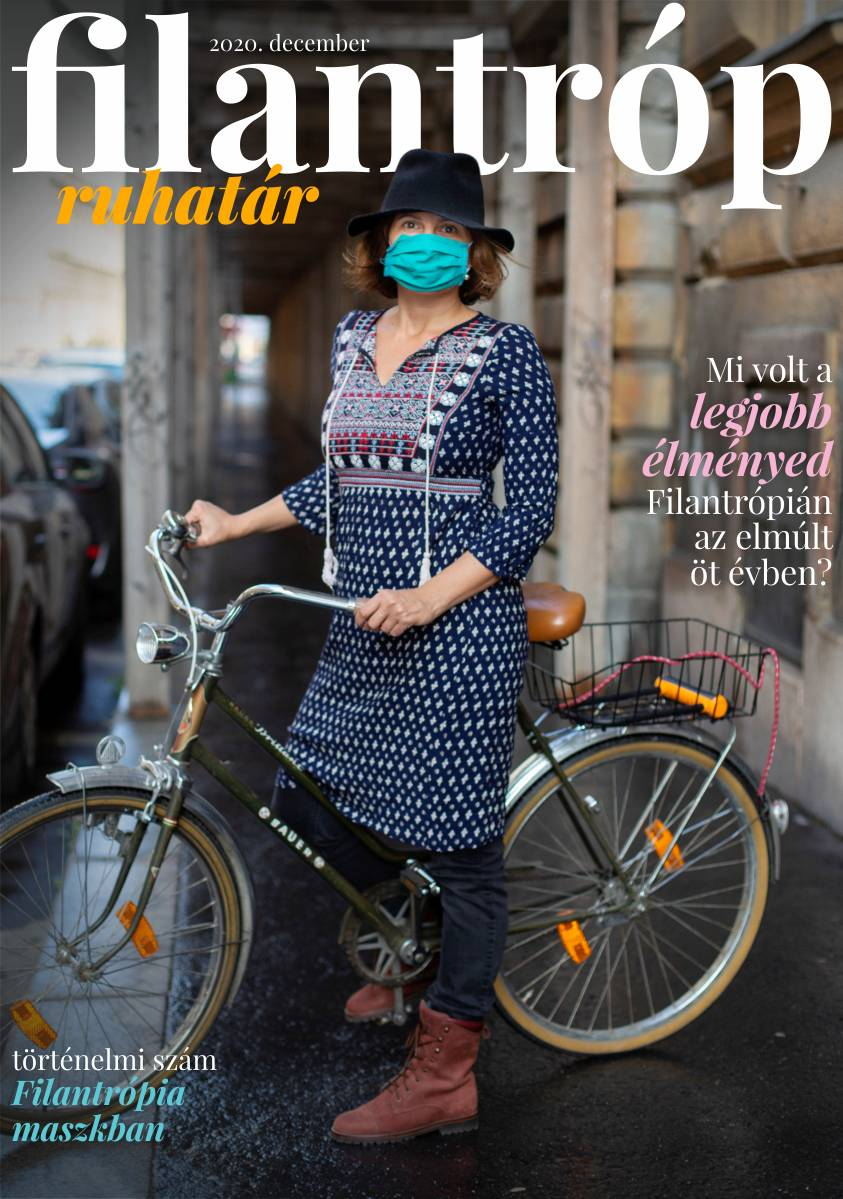 The cover of the online fashion magazine of Filantrópia Charity Shop