Food waste: what it is and its impact

The consequences of food waste are concerning financial, social and environmental aspects. The Food Aid association estimates that 821 million people – one in nine- do not get enough to eat. Even more – one in three – suffer from some form of malnutrition3. 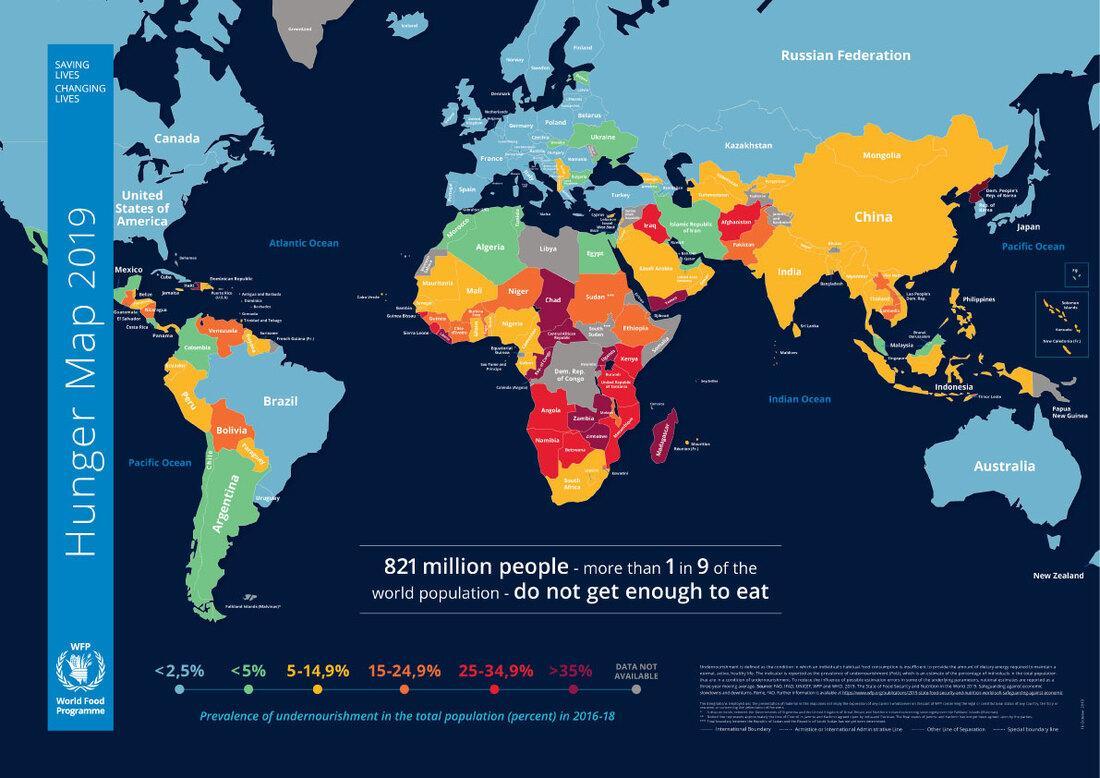 According to the World Food Programe (WFP) the environmental impacts of food mostly occur during the production phase. However, beyond this general trend, large discrepancies in food consumption and waste-generation patterns exist around the world: to produce efficient statistics it is necessary to take into account the different territorial constitutions and technologies used, that is why statistics at regional level are more appropriate. The environmental footprint of food wastage is assessed through four different model components: carbon footprint; water footprint; land occupation/degradation impact; and potential biodiversity impact – complemented by an economic quantification component4. Food that is not utilized also occupies 1.4 billion hectares of land, or about 30% of the planet’s agricultural area5.

A report prepared by the Dutch Embassy in Budapest6 underlines that in Hungary 2 million tons of food waste is produced per year (the figure is in line with the European average) and the 62% of this loss is produced during the stages of processing and production, while the remaining 38% is produced by retail amount and private consumption. In 2012, the government of Hungary has established The National Food Chain Safety Office (NÉBIH) which is “the food chain safety authority of Hungary with control responsibilities covering the whole food chain from farm to fork, including soil protection, agricultural production, forestry, food processing, retail and catering”7. According to NÉBIH, food waste is food not intended for human consumption, or food intended but unfit for human consumption. Their list includes:

• Food remains from the Hotel/Restaurant/Catering industries;
• Foods that have passed their gone-by-date;

• Foods that were damaged during packaging and pose a food safety
threat;
• Polluted unpackaged foods;
• Waste as a by-product of food cleaning;
• Used cooking oils.8

The efforts of NÉBIH are aimed at monitoring all processes related to food production, distribution, so that they are in line with the directives of the Codex Alimentarius Commission and organises many awareness-raising campaigns on responsible consumption, and prevention to curb waste.

Looking closer to the Hungarian food waste situation, this graphic may help understanding the losses:

With the aim of improving the current state of waste in general, numerous initiatives have been taken in the civil sector, in the private sector and in the government sector.

The Hungarian Food Bank Association is a non-profit organization that handles the overproduction of food in order to help people in need and to reduce poverty, malnutrition, hunger. It is a member of the European Federation of Food Banks (FEBA) since 2006. The organization receives leftovers from retailers and producers and they give the food for free to everyone who might need it, without any political, religious and ideological prejudice. It has 13 employees and more than 60 volunteers. Since their foundation in 2005, they distributed 73000 tons of food worth over 128.7 million $ (39.5 billion HUF) to more than 300000 people in need, in partnership with almost 400 non-governmental organizations and municipalities.

This group began its activities in 2011, with preparation and collection of food donations, delivering those by bike to homeless people living on the streets and social homes. During these years the organization grew and with the help of more and more volunteers their activities and projects have expanded, strengthening the aim of raising social awareness about the situation of the homeless, food waste and the environment. Bike Maffia established a group even in Debrecen, Pécs, Székesfehérvár, Szeged, Miskolc, and in Pereira (Colombia).

Established in 2012, the aim of this organization is to raise awareness regarding food waste, environmental effects of food consumption, responsible food consumption. Focusing on environmental issues, they have also developed a certification system that recognizes green restaurants and encourages the participants in the foodservice industry to invest in environmentally friendly solutions.

Cargonomia was born from the union of three organizations operating in the social field and for the respect of the environment: Cyclonomia Do it Yourself Bicycle Social Cooperative, Zsamboki Biokert and Kantaa. The philosophy that follows the organization is to promote conscious consumption, following the principle of environmental sustainability, to favor direct exchange between producer and consumer and to distribute the food through the bike cargo. Cargonomia is also a logistics center for sustainable urban transport solutions where community members can borrow, rent and buy locally manufactured cargobikes.

Munch is a platform through which restaurants, bakeries, shops and hotels sell unsold food discounted but of good quality, and so far can boast 21000 app installation, 16000 registered food rescue operation and 13000 amount of saved food.

Biofilter is collecting and processing used cooking oil from the HORECA (Hotel, Restaurant, Catering) sector which can provide raw material supplies for biodiesel plants in Hungary and neighboring countries.

ReDinner is a new app-based platform that connects customers with restaurants selling their leftovers at the end of the day at a heavily discounted rate. The app was launched in 2017, but it hasn’t achieved widespread usage (available only for Android devices).

In Central Europe, Tesco is the only company that measures and publishes its data on food waste. In the 2017/2018 financial year, they managed to reduce food waste to 38,054 tons, an increase compared to 54,102 tons the previous year. In the same period in Hungary they reduced the amount of food waste generated by 35% from 14991 tons to 9764 tons.

SPAR Hungary is very active in dealing with the issue of food waste and does this on three levels: food waste donated as animal feed, such as vegetables, fruits, bakery produce, milk- and meat products; food waste donated to charity: SPAR has been in a partnership for over two decades with the Hungarian Charity Service of the Order of Malta (Magyar Máltai Szeretetszolgálat); food waste transformed into biogas. According to the company, this produces approximately 1900 tons of biologically compostable waste, which is transformed into approximately 1 330 000 kWh energy. This covers the annual electricity needs of about 300 households.

STREFOWA (Strategies to Reduce Food Waste in Central Europe) is a project funded under the Interreg Europe funding scheme, under the EU’s Regional Development Fund. The project aims to find the best solutions and innovations to solve the challenge of food waste.
One part of the project was a Food Waste Hackathon held in Miskolc in September 2017. STREFOWA ended September 2019, but the network continues in the #reducefoodwaste competence network.

As highlighted in this article, food waste and the efforts to reduce it are crucial points nowadays, either for economic, social and environmental reasons. Many scholars, government agencies and non-profit organizations rely on the so-called “circular economy” as an economic and social model that tries to alleviate the problem of food waste and the devastating consequences it has. Circle economy20 after years of study has defined the concept of circular economy through 8 key points: prioritise regenerative resources; stretch the lifetime; use waste as a resource; rethink the business model; team up to create joint values; design for the future; incorporate digital technology; strenghten and advance knowledge. In order to commit in this direction, transparency and measurability are essential for the identification of critical points and for the effective management of food waste. Moreover, it is essential to strengthen the collaboration between economic, governmental and social actors in such a way as to create a collective awareness and produce new sustainable solutions.
Notes: 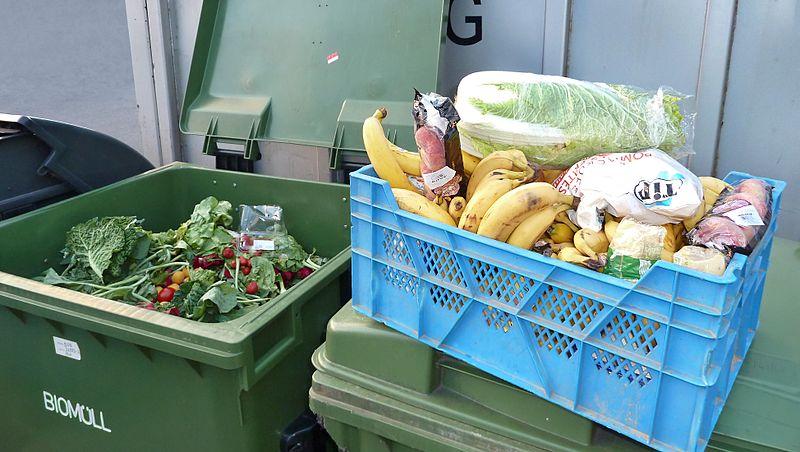