The Solidarity economy is present in more and more areas of life, prototyping and experimenting with new solutions on various needs and issues. Housing is one of the most basic human needs and every society throughout the history provided some kind of a solution for this need in various levels of efficiency, fairness or sustainability.
Among the frames of the profit-oriented market-economy housing is one of the areas of life where the aspects of profit making override the fulfillment of the basic human needs for the whole society, no matter how advanced the society considers itself. The housing crisis is a worsening situation in modern societies and the usual responses are not resolving the problem. This opens a space for social innovations, like the Social Housing Agency which is the central topic of this article.

The housing crisis is becoming a growing problem in the cities across Europe. There are numerous factors that are reinforcing the problem. In this process gentrification, tourism and the speculative investment are the most important factors and the states seem to have limited means and resources – or even willingness – to effectively tackle the problem.

This is a structural problem that leads to housing poverty and homelessness but the societies tend to frame this problem as a result of irresponsible behavior of those affected. Blaming the victims is widespread in public speech or even in legislation of some countries.

In Hungary as in the other post socialist countries the regime change of the late 1980’s caused significant changes in the economy, society which affected every aspect of the society. The 40 years of socialism were based on different logic and the “crash course” of transition towards the market economy changed fundamentally or even deconstructed many structures in the society.
In the socialist housing system of Eastern Europe the state strongly affected the market, both the supply and the demand side (Hegedüs-Somogyi, 2013). Although a huge percent (even up to 50-60%) of the transactions was not directly under the direct influence of the state, which means that a dual market existed: the state-controlled channels of distribution of the housing stock (mainly large housing estates built by the state) and the private market where the rules of supply and demand prevailed.

After the regime change this system disappeared and the market remained dominant. The public housing stock has radically decreased due to privatization and there are limited resources in the hands of the municipalities for subsidies or creating social housing opportunities. The governmental programs with the aim of handling this structural problem are still to come (although without any sign of coming).

As we have seen, the public sector has limited resources and/or political will to tackle the housing crisis and the private sector is not interested in addressing the problem as it is not its duty to resolve social problems. But is this absolutely certain? The actors of the private sector can not feel solidarity or the need to generate positive change in the society? This is the realm of the Social Solidarity Economy – what solutions can it offer to tackle the problem?

Of course, there are house owners, companies who only look for gaining the highest possible profit from home rentals, taking advantage of the loose regulations and sometimes of the people themselves. But even for those who only would like to have a passive income and harness the resource of having an unused property without extra profit there are factors that are distorting the situation, and forcing them to use strict rules and regulations. There is a strong mistrust on both sides – homeowners and tenants – and this hinders a fruitful cooperation in this unbalanced power relation.

On the side of homeowners there are several bad stories of irresponsible, destructive tenants who are not paying in time, amortizing the flats and leaving huge utility debts after the owner can get rid of them with great difficulty.
The tenants also feel exposed to the goodwill of the homeowners. They face discrimination when they look for flats, families with small children are not preferred, not to speak about Roma people or people who are leaving the state of homelessness. The owners ask for high deposits – typically the double of the monthly rental fee – to secure themselves if any damage or debt would be caused by the tenant in the future. This makes the threshold for entering the flat rental market really high.

These conditions are shaping the rental market forcing even the otherwise solidary and open minded owners to apply strict rules. If there would be a solution where the flat owners are not risking their interests (getting a fair rent, maintaining the physical conditions of the property, getting the utility bills paid, etc.) while providing opportunities for people coming from vulnerable social groups, the private sector could be involved in resolving the housing crisis. The Social Housing Agency is exactly this opportunity, a solution based on SSE concepts.

Social Housing Agency, an innovative solution based on concepts of the SSE

To change the usual patterns of the relationship between the stakeholders a new actor is introduced in the system, the Social Housing Agency (SHA). It is an organization or a department of a bigger entity (for example a municipality or a bigger NGO) which organizes the process and manages the homes. Both the home owners and the tenants are in official relationship with the SHA, they are not in direct relation.
The concept – also called Social Rental Agency (SRA) – is used in various scales with similar goals, approach and overall structure in different countries, such as Germany, France, UK, Ireland, Spain or Belgium (Pascal De Decker, 2012). For this article we use the example of the Social Housing Agency implemented in Hungary by the From Streets to Homes Association (FSH) as the first initiative of this kind in the country.
The owners receive guarantees from the SHA so they do not need to secure themselves with debts or high rental prices. They receive the rent from the SHA regularly, even if the tenant moved out from the flat and it is temporarily uninhabited. Furthermore the SHA is renovating the house and undertakes to maintain the condition of the property. In turn the owners charge a price 20% lower than the market price. The contracts, opposed to the usual procedure on the market, are for long term, at least 3 years. This makes the system more predictable for both parties.
The tenants are chosen by the SHA and they enter into a contractual relationship with the Agency. Those families who face negative discrimination on the rental market are preferred clients in the SHA. The main methodology of the FSH in combating homelessness is the Housing First approach which implies social work after providing housing for the clients. As in the other projects of the Association the clients in the SHA get a social worker who contacts them regularly and helps them with resolving their official matters, difficulties.
In this system based on trust and long term commitment new fields open up for mutual benefits, making the system a win-win situation for every stakeholder involved. All the utility contracts are changed to the name of the tenants which prevent the owner from incurring a debt. The tenants can register officially into the flat so it can become their official place of residence. This is an essential aspect for those living in the proximity of homelessness, thus they can have an official address without which it is difficult to resolve official matters or find a legal job. They also can apply for the social services of the specific municipality, being local citizens.

The housing crisis is a severe problem in modern societies and the standard solutions provided by the states and municipalities are not effective enough in themselves to handle the problem. The private sector is not intended to resolve social problems, although a great potential lies within it if we approach the situation using a Social Solidarity Economy approach. The Social Housing Agencies are an innovative systems based on trust, solidarity and predictability in which both the flat owners and the tenants can feel safe. While this opens a space for those who are excluded from the rental market by providing them affordable social housing, it is not a charity program, it is an economic activity, generating profit for the home owners.
The SHA is a good example for the application of SSE concepts in addressing a social issues. The spiral of mistrust between the parties in business relationship is replaced by a solidarity-based system where a real win-win situation can be reached. 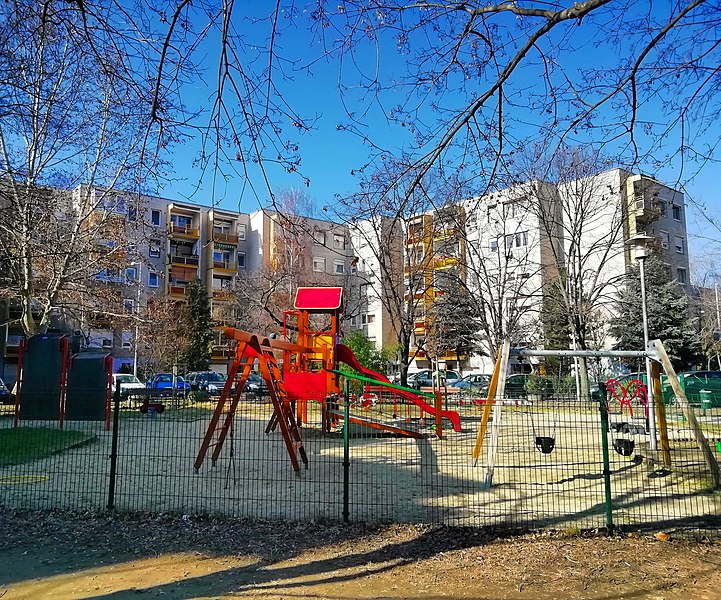