Housing is one of our basic needs and it also is defined as a human right. That means that people are entitled to it on the basis of various human rights agreements. Nevertheless, to many of us it is unavailable in appropriate quality. Compared to the European Union average, Slovakia has a long-term high housing overcrowding rate and two thirds of young people under the age of 34 live in a common household with their parents. For a quarter of people on lower incomes or a fifth of single people, the cost of housing is a disproportionate burden. It is estimated that thousands of people are homeless, and the lack of interest in their situation is also evidenced by the fact that for many years no public institution has even tried to find out their exact number. Since the first signs of discussions and attempts to conceptually develop social housing or end homelessness have only begun to emerge in recent years, the path to one's own housing still requires a willingness to incur substantial debts for a substantial part of life or pay high commercial rents. After all, in "liberal" capitalism of the Carpathian type, also other human rights obligations are similarly meticulously observed and honoured.
If public administration is to have any legitimacy at all, investments in social housing should be one of its priorities. Undoubtedly, they would help many people to live better. In Slovakia, however, also the solutions brought by bottom-up collective action are relatively rarely discussed. The market is not concerned with the observation of human rights at all, the public sector only sometimes. History tells us that the most effective tool in gaining and fulfilling them is collective practice and pressure of social movements. The fulfilment of the right to housing is no exception.
In the 1990s, the Mietshäuser Syndikat (The Apartment Building Syndicate) was established in Germany to promote "buying out" of real estate from the market. Its activities are based on the belief that housing should not be the subject to speculation or a source of profit. The syndicate is a network of more than 160 autonomous and democratically managed homes, and the number is growing. It was started by several housing cooperatives that were looking for answers to several problems. First of all, they were seeking solution to the question of how to expand the number of solidarity-based housing "projects" and help people to secure housing, even if they do not have enough resources. They joined forces and created a solidarity fund financed by contributions from previous projects, which had already repaid all their initial debts. From the fund, the syndicate contributes to new projects to help them purchase real estate or it provides loans to bridge short-term income shortfalls of the residents. This solidarity transfer is not limited to finances. The support also consists in the transfer of experience with the financing and administration of democratic housing between individual apartment buildings. For it member projects, the network also provides so-called direct loans from people or groups sympathetic to its goals. Direct investment allows both parties to avoid intermediary institutions and their conditions or fees. Investors will not avoid the risks involved in this form of support, but on the other hand they know exactly how their money has been used.
The syndicate also plays another important role. Solidarity economy initiatives can be the target of speculation and fraud. Individual housing projects are autonomous and their inhabitants democratically decide about their operation. An exception is the decision to privatise or sell them. In this case, the network takes the position of a monitoring organisation, which has a share and decision-making powers in all projects, in order to prevent the misuse of solidarity activities and solidarity funding for personal enrichment. In principle, real estate can only be sold if all member projects in the Syndicate agree. This creates a real alternative to the practice, according to which housing is not a human right, but only a means of storing, accumulating or increasing of capital. With each new project, another property is taken off the market and becomes a commons or a publicly shared asset – according to the Syndicate, even permanently. Given the extent of violence that capital can easily mobilise against its opponents such statement is perhaps too bold. Nevertheless, this practice not only provides affordable housing to many people, but it also creates an emancipatory discourse that influences the shape of the public debate and creates a demand for solidarity-based public policies.
The individual housing projects are very diverse, but there are also recurring patterns among them. It is either a group of enterprising people who would like to live together for a long time and they find an abandoned house, often with common areas suitable for organising public events or business, or residents who reject their landlord's plans to sell the house and decide to buy and manage it together.
In Austria, following the example of the Syndicate, a similar network was established - HabiTAT. In Slovakia, where the traditions of democratic cooperatives and mutual aid are still stifled by ubiquitous authoritarianism and paternalism, it would first be necessary that several autonomous housing projects would emerge. However, self-help can be a good way to ensure the fulfilment of human rights also in our country, and there, indeed, is a good reason to look for an inspiration in other countries. Slovak version of this article was published in the daily Pravda:
https://nazory.pravda.sk/analyzy-a-postrehy/clanok/596943-byvanie-ako-zakladne-ludske-pravo/ 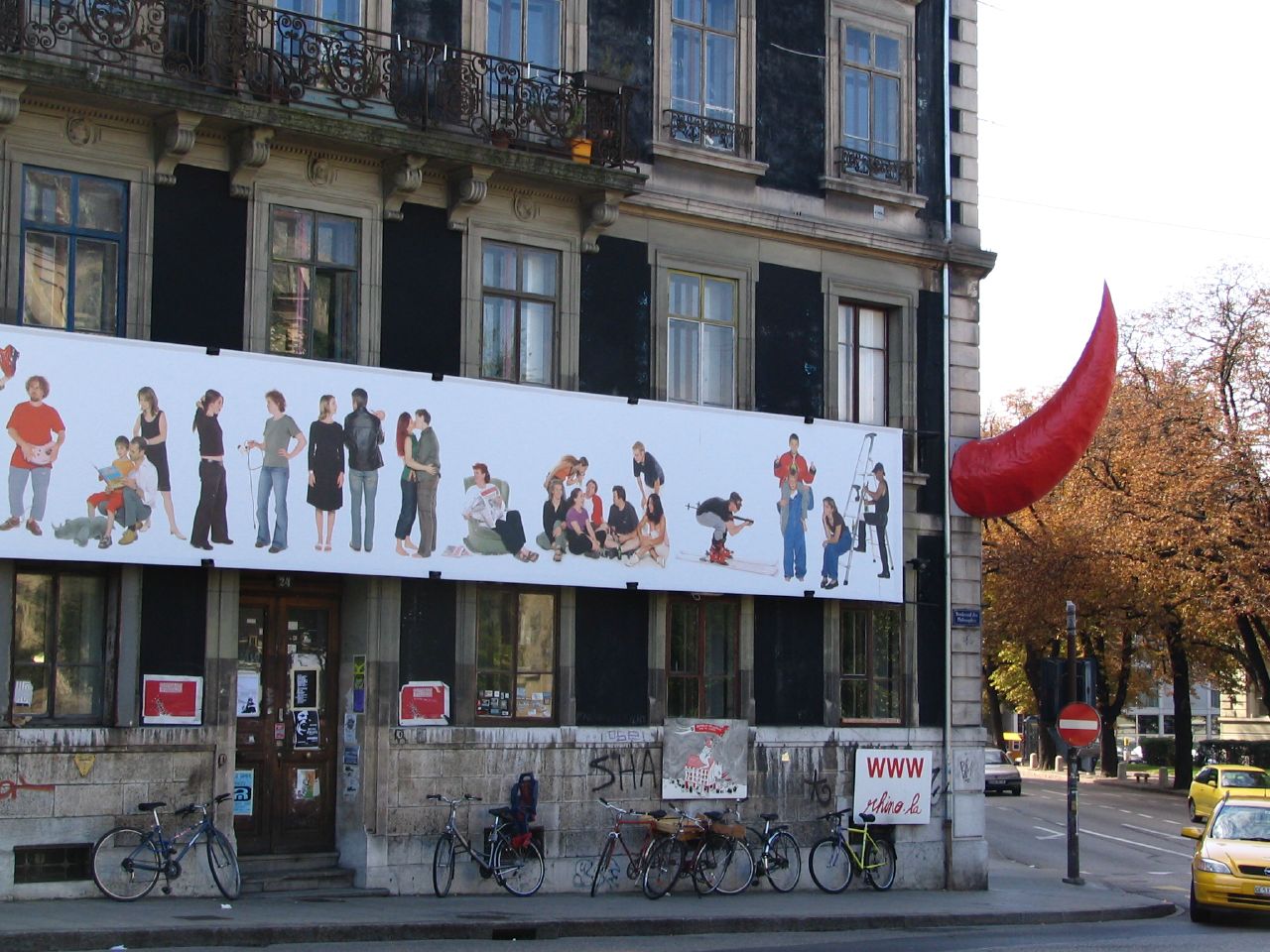 Photo by Laura, CC BY 2.0, via Wikimedia Commons