Summary: Community Supported Agriculture (CSA) is a model of organizing food production and distribution which offers many potential benefits for the territorial development of functional urban areas. However, it is still a rather uncommon social innovation in Poland and its impact on the sustainable development of food systems on a national scale has so far been very limited. In the following chapter, therefore, we present the social, environmental and economic benefits of potential development of the CSA model and we analyse various possibilities of supporting the CSAs by the public administration. We argue that the support provided to CSAs would translate not only into the supra-local development of this food system model, but would also bring tangible benefits to functional urban areas in which the CSAs would develop.

Sustainable and fair existence within planetary boundaries, arguably the most important challenge facing humanity today, will not be possible without significant changes in the functioning of conventional food production and distribution systems (Michel-Villarreal et al. 2019). Current food systems are inextricably linked to problems like climate change, fossil fuels consumption and environmental degradation. Thus, this model requires urgent and far-reaching intervention, on the one hand to ensure access to healthy food for all inhabitants of the globe and, on the other, to protect the well-being of the planet's ecosystems (Borsellino et al. 2020).
The transformation towards sustainable and long-lasting food systems is not possible without trying out innovations that help identify efficient and effective methods of organizing food production and distribution that allows to meet people’s needs in the field of environmentally friendly nutrition as well as the needs of future generations. Grassroots experiments with alternative food systems/networks are already underway in many parts of the world and are often producing promising results. At the same time, studies of socio-technical transitions indicate that there is a need of support for such experimental practices to develop. In the situation of market competition, conditions necessary for the development of such experiments in their early stages should be protected (El Bilali 2019). This is especially so because these experiments test solutions that go beyond the established rules of dominant food systems (such as the primacy of economic profit over other forms of gain) and, thus, they cannot compete with those systems on a large scale basing on the criteria that nowadays determine if a given initiative related to food production or distribution can succeed (Kirwan et al. 2013).

The support for grassroots experiments with innovations intended to bring (global) sustainable development translates into territorial development in the locations where they are taking place. Initiatives related to short food supply chains can bring direct economic, environmental and social benefits in the places where they operate (Mundler, Laughrea 2016). Due to the location of markets, shortening of the food supply chains creates a particular potential for the development of functional urban areas (FUA). It seems, therefore, that even if we ignore the positive impact of experimental alternative food systems for the global transformation towards sustainability, public administration - especially the one which is responsible for the development of functional urban areas - should consider supporting such initiatives since they demonstrate the potential to bring benefits in the areas that are managed by this administration. And yet, the study conducted in six functional urban areas in Europe by Celata and Coletti (2019) demonstrates that only half of the grassroots initiatives are supported by public policies, and for almost two-third of them public policies actually created obstacles to achieving their goals.

The aim of this chapter is therefore to present the Community Supported Agriculture (CSA) model as an example of an initiative that has the potential for beneficial social, environmental, economic and cultural outcomes, both globally and for individual functional urban areas. To this end, in the following subsections, we briefly describe the origins and the history of the CSA, we provide basic information about the CSA movement and consider the potential benefits of its development and the related support opportunities by public administration. Since in Poland the system of managing functional urban areas (through metropolitan unions) exists only formally, this article does not introduce any distinctions between various levels of public administration that may introduce the proposed support elements, especially that some of those elements require actions taken by different levels of administration. We merely want to signal here that allowing to create metropolitan unions would facilitate local governments’ cooperation in supporting initiatives such as CSA. However, even without metropolitan level structures, the benefits and methods of support described below are largely achievable through actions at the existing levels of administration.


2.1. The origins and history of CSA concept
In the 1970s, almost 200 Tokyo housewives, worried about reports concerning heavy metal poisoning among people living around industrial areas, initiated cooperation with local farmers to have access to safe and clean milk for their children (Kondoh, 2014). Those women offered to pay the farmers an extra margin if they ensured that the milk (dairy) they supplied would be produced in a clean and safe manner. Soon fruit growers, gardeners and other food producers joined the dairy farmers. This was the beginning of the CSA movement in Japan, which was called there Teikei (literally, ‘food with a farmer's face’), and in English-speaking countries: Community Supported Agriculture. Today, no one remembers the names of the women who initiated this first cooperation with local farmers. But the memory of Teruo Ichiraku, the philosopher and the founder of organic farming movement in Japan, who first began to draw attention to the negative health effects of conventional agriculture, is still present.
The foundations for the Community Supported Agriculture movement go much further than just food safety. This issue was rather a reason for confronting the needs of (mainly urban) families with the vision of the food system proposed by producers operating within conventional food production and distribution chains. CSA groups are firmly rooted in the assumptions of the solidarity economy and the idea of mutual benefits of all parties involved (Weckenbrock et al. 2016). The CSA movement is present on almost all continents. There are differences between individual countries in terms of its functioning and terminology used, but some features are common to all these groups.
The fundamental need of communities establishing CSA groups is to regain control over the system of food production and distribution (Henderson 2003, after: Balázs et al. 2016). The right to food, understood as good-quality, nutritious matter is an inalienable right of each and every one of us. This is why our food system should be socially inclusive, environmentally responsible and economically profitable for producers. Since conventional food production and distribution systems have so far proved unable to meet these requirements (Borsellino et al. 2020), more and more alternative food systems are emerging worldwide. They are trying to keep in balance the economic, environmental and social dimensions of sustainable development. Community Supported Agriculture is just one example of such initiatives. 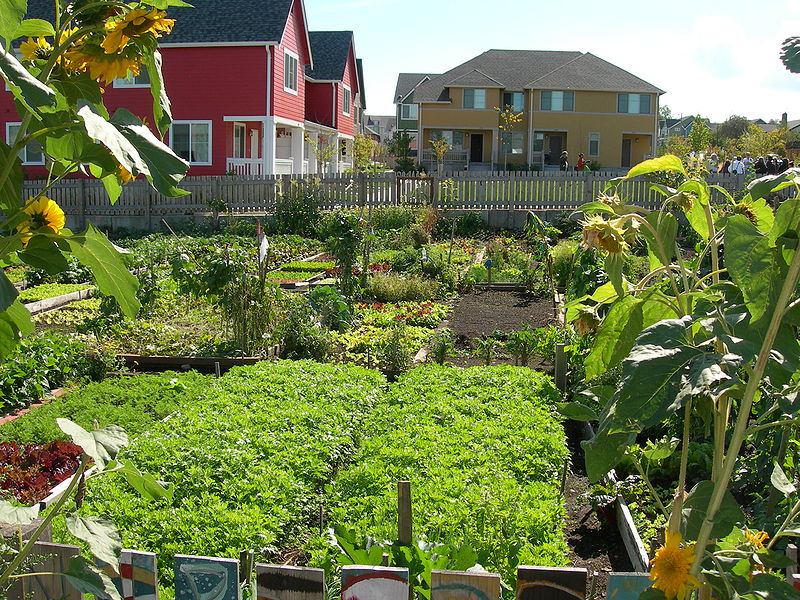